How is the Three Strikes Law applied to convictions in California? 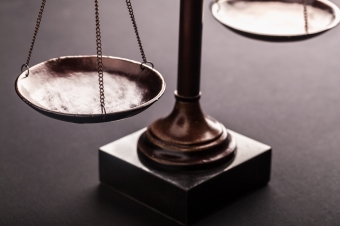 The Three Strikes Law is a particularly harsh set of sentencing guidelines in California courts that seeks to discourage convicted offenders from committing subsequent felonies by increasing the amount of prison time imposed at conviction with every subsequent strike.

Unfortunately, the Three Strikes Law has done little to reduce crime in California. Moreover, scenarios have unfolded that present some very questionable situations where individuals are convicted of non-violent, lesser felonies and up serving more time in prison than the worst criminal offenses.

What Can I Expect with the "Three Strikes" Law

When individuals are convicted of violent crimes and other serious felony such as robbery or drug crimes, then standard crime-specific sentencing guidelines apply. When a person is charged with a second serious or violent felony, a prison term of twice the standard law must be imposed. For example, a second offense for theft crimes of $950 could potentially result in a prison term of 32 months rather than the standard maximum of 16. A third felony offense, even in the $950 scenario above, can result in 25-years to life prison sentence.

So much can rest on a "wobbler" charge that can be a misdemeanor or a felony. No matter the charge, enlisting the support of a skilled Ventura criminal defense lawyer is in the best interest of anyone accused of a felony offense in California.

/
Your Fight Is Our Fight

When going through serious legal matters, do not put your case in the hands of just any attorney. Rather, work with a team who has earned a respected reputation for outstanding legal service and one with a proven track record of success.